Combining good food and a good cause – Queanbeyan progressive dinner 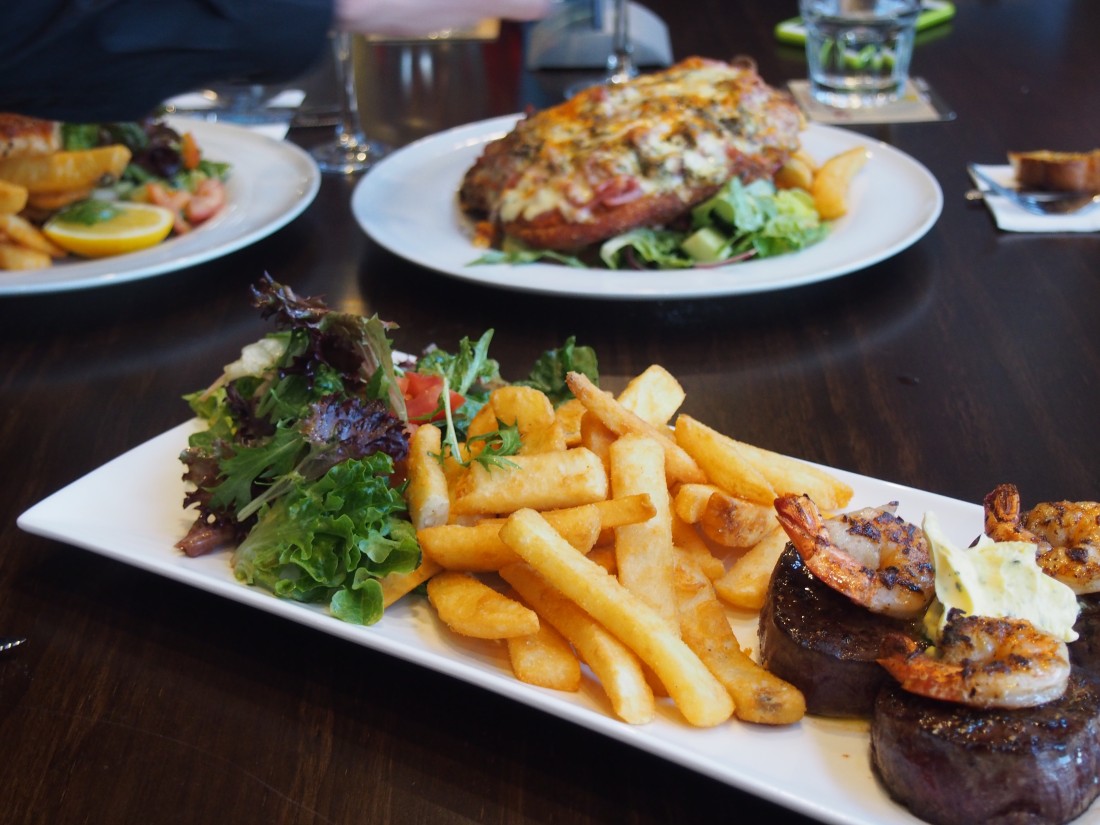 Just a mere 15 minutes from Canberra city, Queanbeyan is Canberra’s closest NSW neighbour. It was founded back in 1838, and they celebrated their 175th anniversary in 2013.

The population has grown since becoming a township (it started with just 50 people), with Queanbeyan proclaimed a city in 1972 after meeting the requirement to have a population of over 15,000.

While there are still historical buildings standing, many are new, erected as the population grew.  Some are undergoing refurbishments, electing to match their interiors with the world we live in today.

The Tourist Hotel in Queanbeyan is one such building.  Their renovation has been well thought out, allowing them to retain the characteristics of the original building while adding patron comfort and space.  They have also revamped their ‘country pub’ menu, ensuring that they support locals by sourcing and using local products.  Better still, their meals are generous (just like a pub meal should be) and prices are reasonable.

Step over the threshold at the Tourist Hotel

This is just the beginning, with other Queanbeyan hotels also going through refurbishments, ensuring that they keep up with trends while still retaining their charms.

No pub is complete without a range of beers on tap

Their websites are currently being rebuilt to match the refurbishments, and to celebrate this, the Tourist Hotel, Hotel Queanbeyan and Walsh’s hotel are joining forces and putting together an event supporting The Queanbeyan Children’s Special Needs group (all profits will be donated to them).

A progressive dinner to be held on the 14th November that let’s you embark in a food expedition starting at Hotel Queanbeyan for canapés and bubbles, continue onto the Tourist Hotel for a main and wine, and end across the road at Walsh’s Hotel for sweets, caffeine and cocktails.

Those that live in Canberra can travel to Queanbeyan by a free bus departing from the Glassworks carpark (Kingston) which will leave at 5PM sharply and return everyone at around midnight.  There are plans to have artworks auctioned throughout the night as locals join in and tell stories.

Start planning now, and book your tickets early as there is limited capacity.  For those that can book now, there is an early bird special valid until the 30th October – a savings of over 15%.