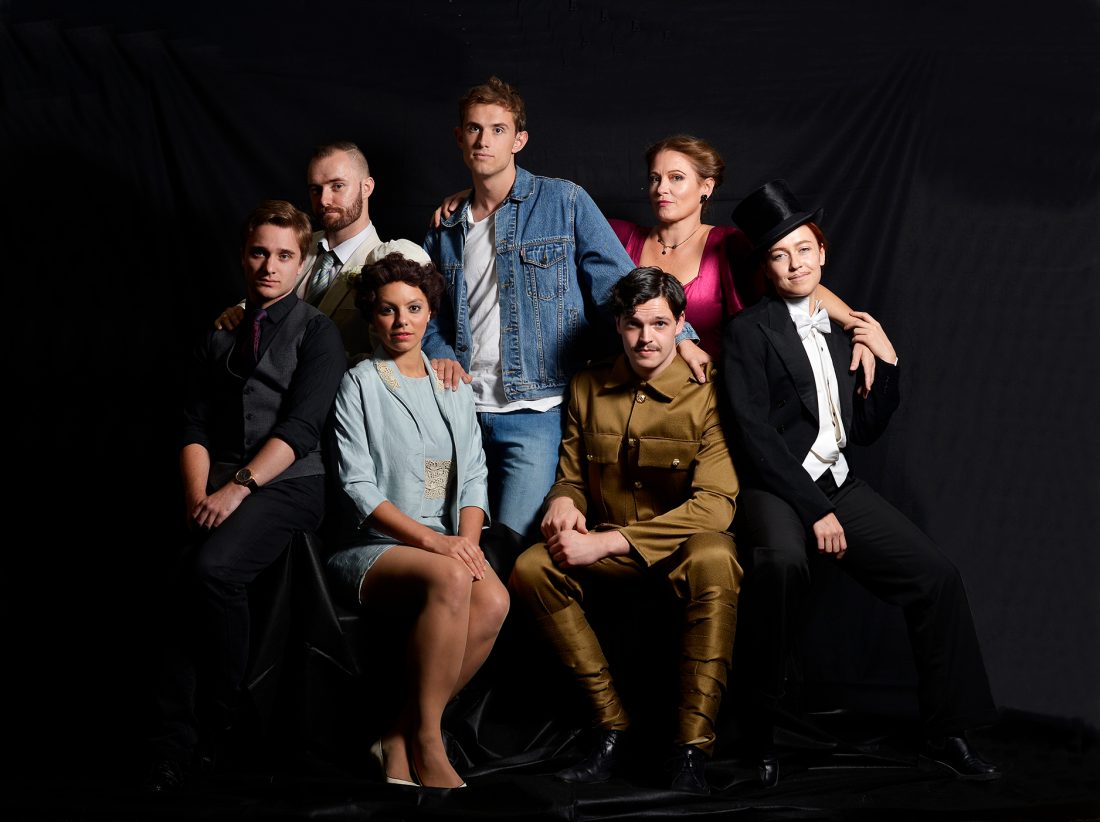 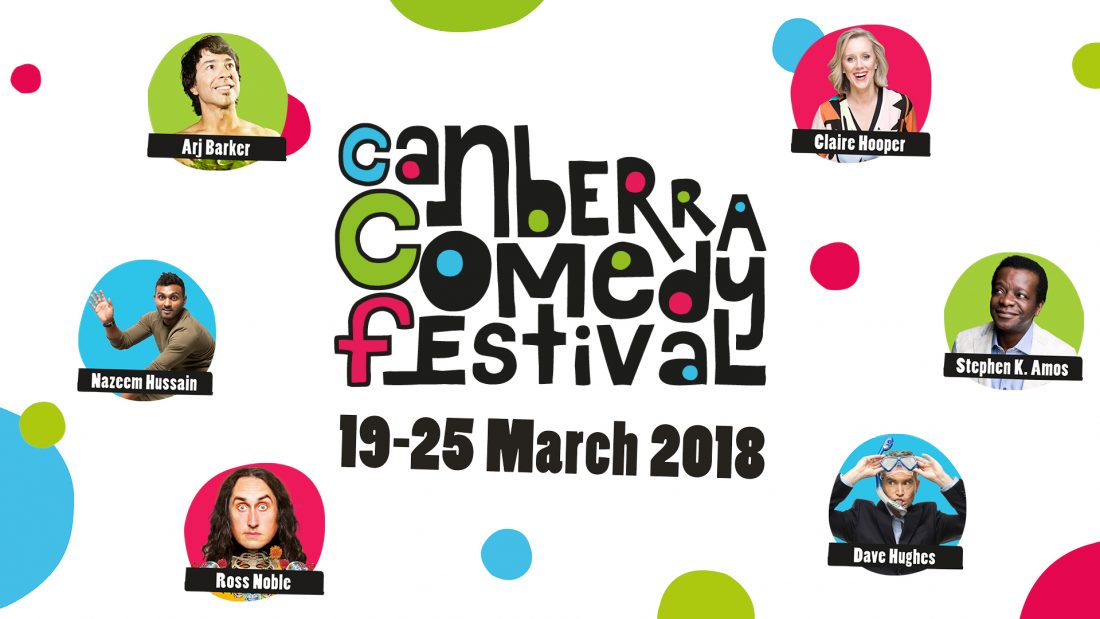 They say Canberrans are a dry bunch (who they is I’m a bit unsure), who work in public service and just don’t know how to have a good laugh. And yet we have a whole festival dedicated at making us laugh. Perhaps it’s our way of forgetting that we live in a city that we love and is very much misunderstood by the rest of the country.

Whatever the reason, for this Canberran at least, I’m glad the Canberra Comedy Festival is back this March, ready to bring a smile to your (my) life.

Because we don’t pretend to know what your comedy style is, we’ve put together our top picks for the 2018 comedy festival for any type of sense of humour.

Kicking off the festival is the opening night gala on the 20th of March; so popular a show that they had to do an encore for all the Canberrans that missed out on tickets for their first show. A line up of the best comedy acts in the festival, this is a dégustation of what you should expect of the full festival. If you really want to be able to say ‘I was there when it all began‘, then you must go to the RAW comedy state final (purely because the heats have already happened and the crème-de-la-crème has been picked to go through). This is where local talent put their comedic skills to the test and where careers in the comedy industry could be made. The winner of the ACT final will go to represent and compete against other state finalists at the Melbourne International Comedy Festival.

You’ll see me there to cheer on local standout Idris Stanton as he takes on the stage.

Where:    The Street Theatre, Street 1

Just in case you’ve not had your fill of laughter, the festival will take over the Canberra Theatre forecourt every night of the festival and organised drinks and food (available for purchase) to either start your night from 5PM or keep you going all the way through.  Then; on Thursday, Friday and Saturday nights you just head over to the Courtyard Studio around the corner and by showing your ticket (to any other CCF show) at the door you gain free access to an exclusive 10:30PM show where you never know who might show up to keep you entertained, or what might happen.

In addition to the shows above there are a few favourites this year who return to make us wish we’d had a few drinks less as we grapple between staying in our seats and emptying out bladders so that we don’t have any awkward moments at interval.  Make sure you check the full program by downloading the comedy festival app or by visiting their website. 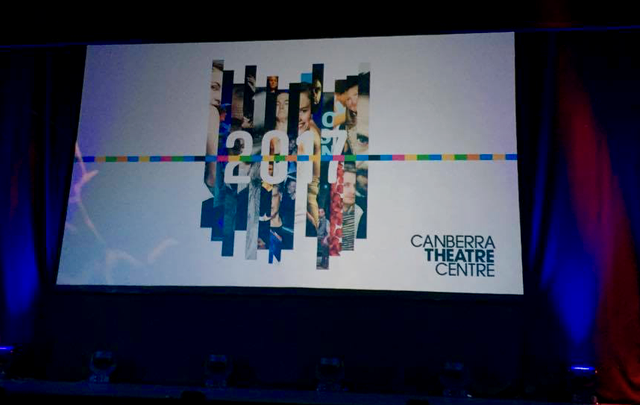 The Canberra Theatre 2017 season has something for everyone – there will be sing-alongs, tears and lots of laughter throughout the year.

What should you see at the Canberra Theatre this year? We have pulled together some of the highlights from the 2017 Collected Works season, and with the theatre year about to begin, it is a good time to get your friends together and pick your top picks.

Launching the season is Ladies in Black (27 March – 2 April) – taking you back to Sydney in 1959, this musical follows the adventures of school leaver Lisa, as her eyes are opened to a new world of working in a prestigious Department Store. This Queensland Theatre Company production features the music of Tim Finn.

Get ready to party in your seats Did someone say MAMMA MIA!? The big news for the 2017 season is that Canberra is hosting the launch of the Australian season of this feel-good musical. This is the first time a national touring company has launched a full-scale production in Canberra.  MAMMA MIA! is a timeless musical, set to the songs of ABBA; it is pure escapism. Get your friends together and get ready to party in your seats from 24 November–10 December. We will see you there!

Bell Shakespeare brings two dark works of Shakespeare to the stage. Delve into some English history with a contemporary (and distorted) performance of Richard 3 (6 – 15 April) with actress Kate Mulvany in the leading role; followed by the lighter empathy and compassion of the Merchant of Venice (13–21 October).

For those that enjoy the comedic words of Shakespeare, The State Theatre Company brings in the clowns with The Popular Mechanicals (1-4 November). This witty stage show will be sure to amuse even the toughest of teenage audiences. The stage will be filled with dance throughout the year.  Redefining how the body moves, Sydney Dance Company’s Orb (25–27 May), includes the world premiere of Full Moon by Cheng Tsung-lung and Ocho by Artistic Director Rafael Bonachela and Nick Wales. We loved the Sydney Dance Company’s 2016 performances in CounterMove and are looking forward to seeing what Orb brings to the stage. Also, exploring our history, Ilbijerri Theatre Company and Belvoir, bring Coranderrk to the stage (14-15 June) – the story of men and women living on the Coranderrk Aboriginal Reserve in 1863, taking on the Aboriginal Protection Board. The preview we saw for Coranderrk was striking, a story we had not heard before, and we quickly added it to our short-list. The George Orwell literary classic, 1984 will be onstage from 25-29 July. Produced by UK company Headlong, this adaptation has received rave reviews on the West End and the season sold out in Melbourne.

Talk (31 May–3 June) explores how journalism, fits into the world of 24 hour-news-cycle and social media. With John Waters in the lead role as popular talkback-radio host, John Behan, we think this talk-fest will be a crowd pleaser. 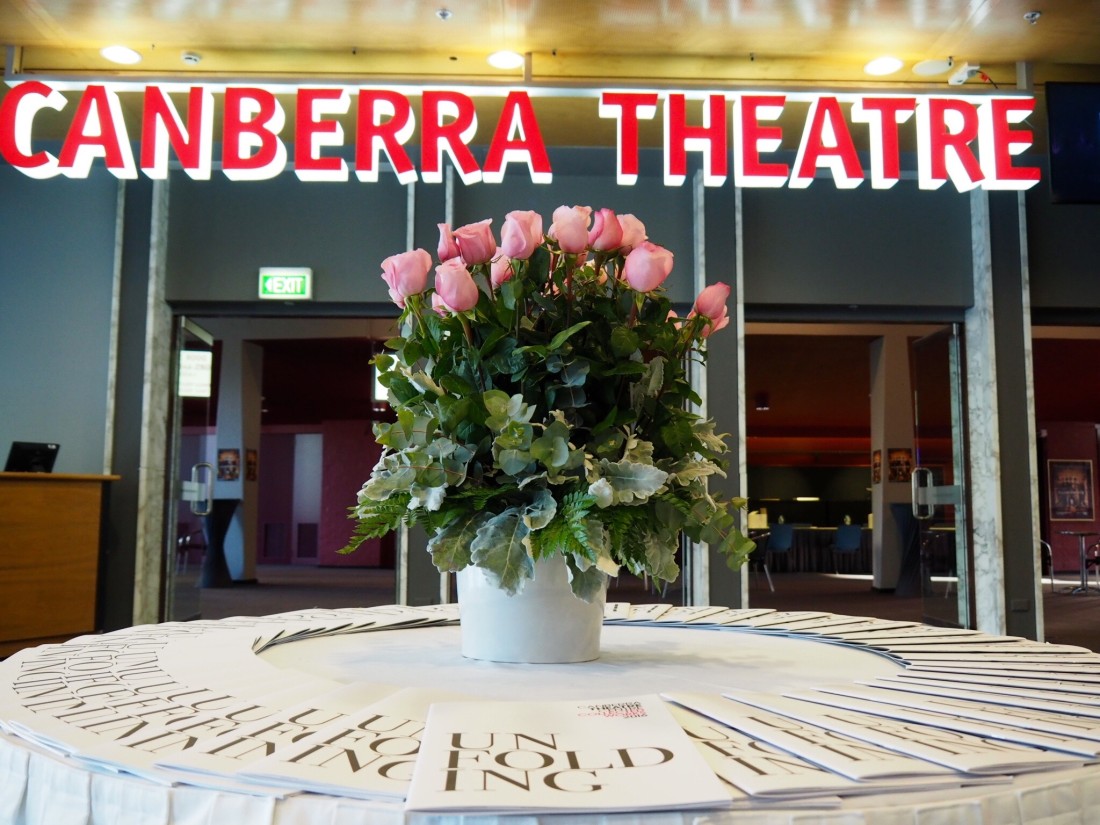